Where the River Runs 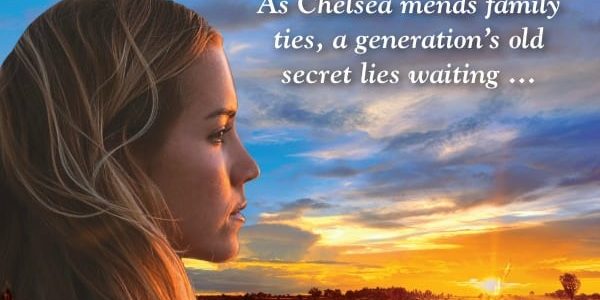 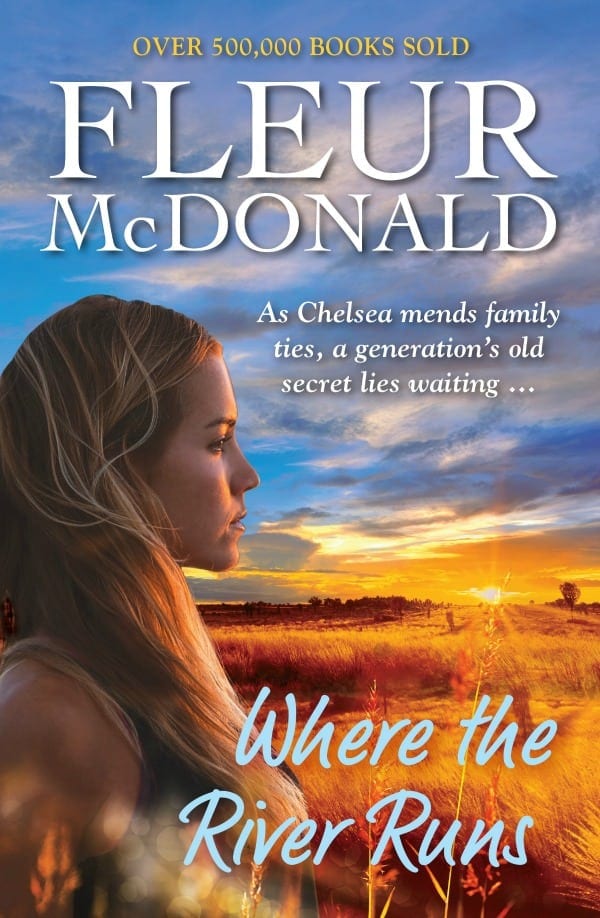 Today, Where the River Runs, goes to print. This book feels like it’s been a mammoth effort – I was supposed to have it finished a long time before I actually handed the manuscript in…

There was a reason! 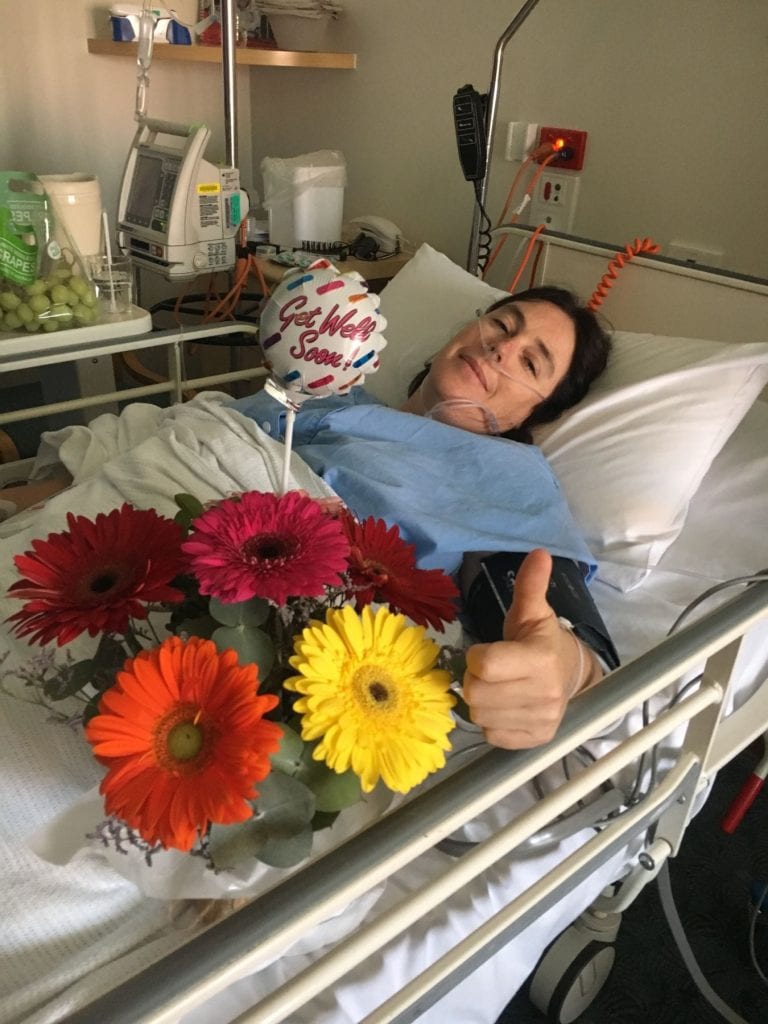 On the 29th of December I was leaning down to pull up a fence so my beautiful Jack (my kelpie) could get underneath to get out of the paddock and get a drink. I  knew my normally troublesome back had been causing a few issues – I’d just driven back across the Nullabor and I was pretty sore. But what I felt as I was lifting that fence up, was pretty nasty! In fact the pain rendered me unable to walk. After a day in bed, nothing had got better, so we called an ambulance to take me to hospital. I couldn’t even walk out to the car!

A few CT scans later it I was told I was heading to Perth on the Royal Flying Doctor to undergo surgery for a prolapsed disk, which was effecting the nerve which ran down my right leg.

All very dramatic for one simple action!

And clearly someone hadn’t informed my back that I had a book due in a couple of months; the drugs I was on made it nearly impossible to write. 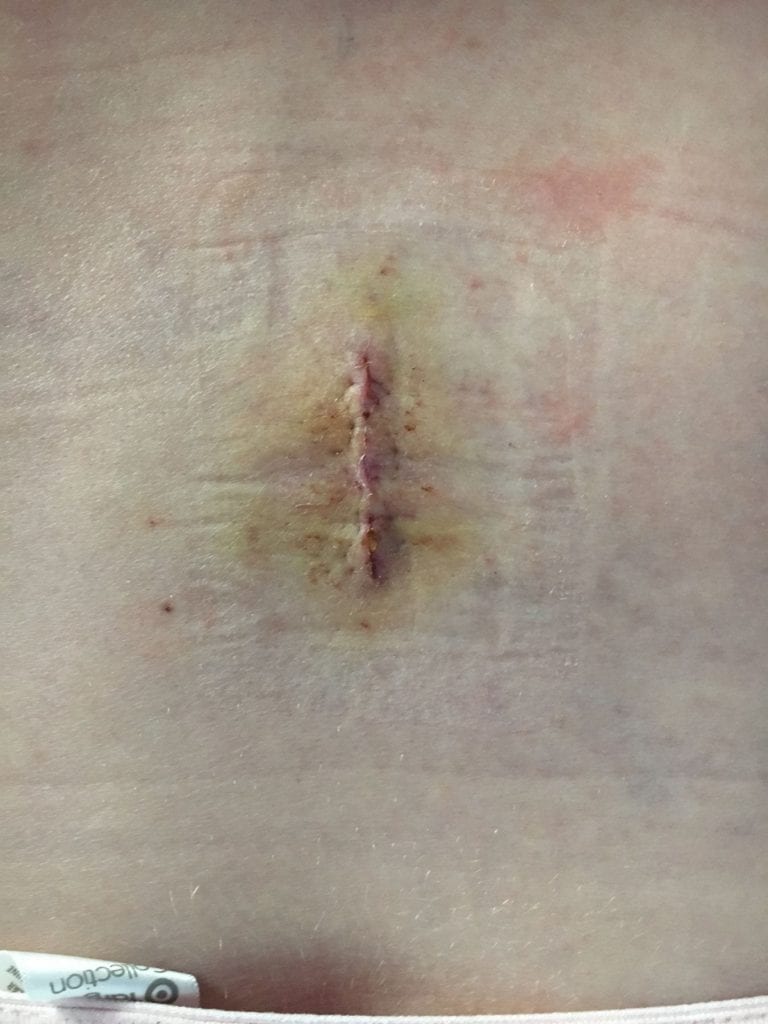 You wouldn’t think such a tiny scar would make life so bearable again would you? By crickey, I’m happy to have that scar, though! Without it, I’d still be lying in a hospital bed, high on drugs like Lyrica (If you ever have to take it please be very careful. It’s highly addictive and has some horrible side effects. For me, I was never sure if I was going to throw up or pass out on it!) or Endone (Endone is a lovely drug which makes you feel like you’re sliding into a beautiful warm bath and staying there. However, I don’t think you should take it for long periods of time! In fact my doctor said to me, after I told him what a great drug it was: ‘don’t get too used to it!’)

Anyhow, like I said, none of this was conducive to writing a book.

I spent a lot of time with my laptop propped up on my knees while I was lying flat on back with the electric blanket on, while it was 40 odd degrees outside, and the fan blowing on the rest of me!

I think it’s fair to say that Where the River Runs is a labour of love; it’s bloody good thing I love writing because otherwise I might not have finished it!

In amongst the pages of Where the River Runs, you’ll meet Chelsea and her gorgeous little daughter Aria. Chelsea, pretty much like me at Christmas time last year, was heading home for the first time in about ten years. As I hit Port Augusta after the long drive across the Nullarbor, I started to take notice of every tiny detail; the landscape, the way people acted, waves as they drove, or didn’t. The emus which made the whole landscape look as it were moving, the plague proportion numbers of kangaroos camped under the trees or on the edge of the roads. The way the locals remembered or didn’t remember me – or thought I was my sister. (I never worked out if that was a good thing for me or a bad thing for my sister, as she’s seven years younger than me!)

One night, I was lying in bed and a bloody mozzie turned up, buzzing in my ear. Is there anything more annoying? But that noise threw me back to a whole heap of different memories from when I was a kid, and staying with my nana and papa at Christmas time. My family laughing loudly, or helping nana in the kitchen. Papa and my uncle would be debating politics or discussing stock prices in the sunroom.

So, I gathered up all these memories and used some of them for Chelsea to experience, as she made the long journey home to try and mend a family rift.

I do have to point out here, there’s no rifts within my family and I wasn’t going home to mend one as Chelsea is. But, some of what Chelsea experiences in this book, is what I saw and felt when I went home for Christmas in 2017.

So here’s the blurb and I hope you like Where the River Runs, when it comes out at the end of October… Just in time for Christmas.

Oh, and you can also preorder from Booktopia by clicking HERE.

In the tradition of the acclaimed Red Dust, Where the River Runs is a brilliantly told rural story of long-held family secrets by an author at the forefront of rural fiction, Fleur McDonald.

‘Fleur McDonald has a wonderful way with telling rural stories in a special way…A great summer read.’ Samstillreading on Suddenly One Summer

Chelsea drove slowly through the small country town of Barker, her eyes searching to see what had changed in the last nine years…She’s been in two minds about going home. Part of her wanted desperately to sit on the riverbank and breathe in the peace. But why would she put herself through all the pain of a homecoming when she didn’t need to?

Nine years ago, thirty-year-old Chelsea Taylor left the small country town of Barker and her family’s property to rise to the top as a concert pianist. With talent, ambition, and a determination to show them all at home, Chelsea thought she had it made.

Yet here she was, in Barker, with her four-year-old daughter, Aria, readying herself to face her father, Tom. The father who’d shouted down the phone nine years ago never to come home again.

With an uneasy truce developing, Chelsea and Aria settle into the rhythm of life on the land with Tom and Cal, the farmhand, who seems already to have judged Chelsea badly. Until a shocking discovery is made on the riverbed and Detective Dave Burrows, the local copper, has to tear back generations of family stories to reveal the secrets of the past.

Chelsea just wants a relationship with her dad but will he ever want that too? Or will his memory lapses mean they’ll never get that opportunity?