Where the magic happens…

I’m often asked what my office looks like. Usually it’s too messy for me to take a photo – I’ll have research and papers all over my desk so it’s all at my fingertips as I write.

But when I started the new novel (tentatively called Swindler’s List!) I tidied the desk and took a quick snapshot to prove it can be neat at times!

So below, is where the magic happens. Where Dave comes alive and I sweat blood and tears. 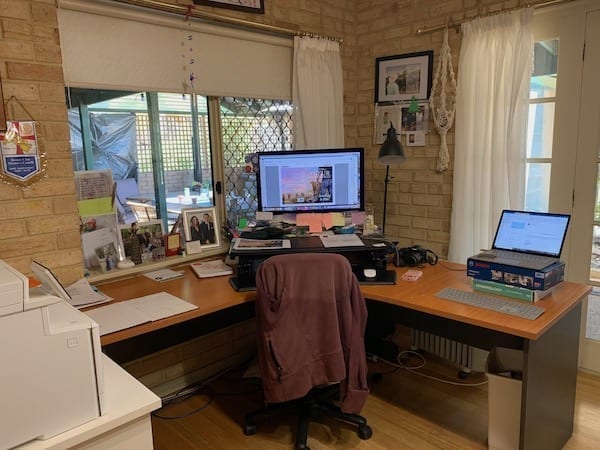 I’m really particular about what I have in my writing area. You can see there’s a photo of my kids and a few knick-knack things along the window sill. Anything which sits here has to have some type of sentimental value to me, given to me by the people closest to me.

You can’t see from the photos, but underneath the desk is a pillow where either Jack or Rocket sit as I’m writing.

Stuck to the computer screen are quotes. One of my favs which is right in the middle says:

“If you leave your time to randomness, you’re stealing from your greatness”

“People don’t like it when sparks become fireworks. Fuck them. Light up the sky anyway.”

“All I know is if I put my head down and write the best book I can, I’m putting myself in the best position I can to succeed”

They are just reminders that I’ve written seventeen books and if I get stuck in a place I don’t think I can, I read these quotes.

If you want to view the whole office, there’s an old video here. 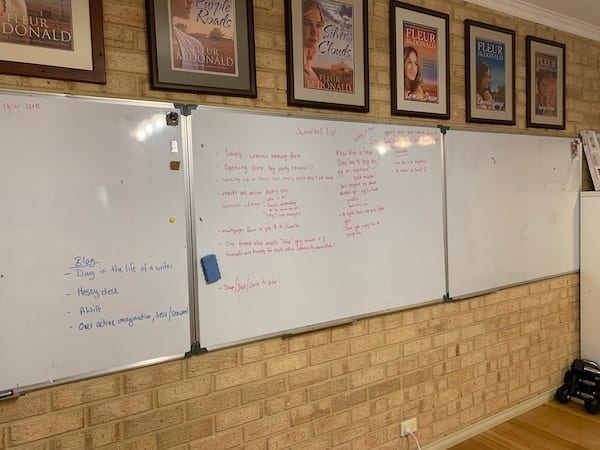 These white boards are a where I write my daily/weekly/monthly list of things to do and, where I keep notes on what I’m writing about in the book. Swindler’s List has a few notes up there at the moment… Like the opening scene which is a divorce party.

A couple of my friend’s had a divorce party recently where they had a vagina made up of pink and orange balloons and some material. I’ve written about that in chapter three. But you’ll have to read the book to find out why they did that. 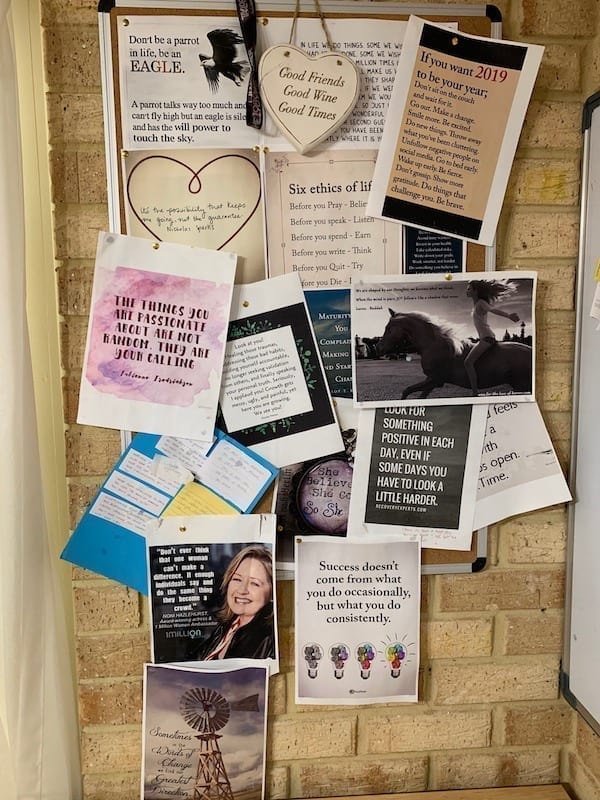 I love quotes. This is my quote board. I’m not sure if you can read the Noni Hazlehurst one, but it says:

“Don’t ever think that one woman can’t make a difference. If enough individuals say and do the same thing, they become a crowd”

I’ve lived by that quote when I was putting DVassist together. I kept thinking that if I was making some noise and I dragged others with me, we could be successful. And we have been.

This is a bit of a subject change, but the reason I love this next quote is because back in 2019, on the 6th of April, one of the people I love most in the world, died in a quad bike accident. Pete was my safety blanket. My friend and who I went to talk things through with, when times were tough. His nickname was Windy and he loved windmills. See that windmill at the bottom of picture there? The quote on that says:

“Sometimes in the winds of change we find our greatest direction”

Funnily enough, this came up in my Facebook feed maybe a week after he died. I sometimes think the Universe does those things, don’t you?

Pete dying meant I lost a friend and I had to adjust the sails. I’m hoping the journey I’m on now, which includes writing, Australia Women in Agriculture and many other things will be my greatest direction.

See quotes can just spur you on, can’t they?

Do you have a favourite quote? 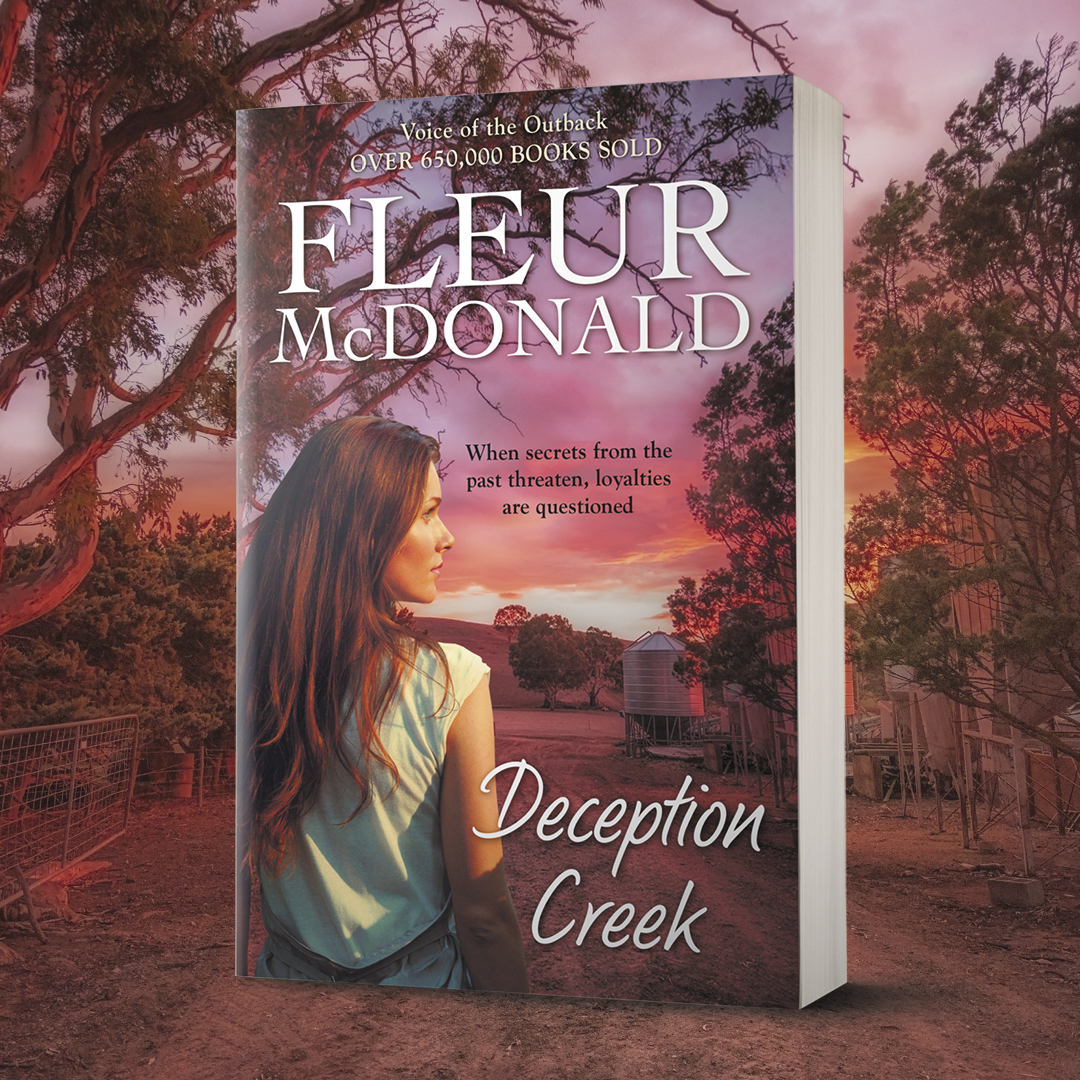 A returned criminal, a cult-like family and cybercrime all clash against the backdrop of the Flinders Ranges in this thrilling new rural suspense novel!