What’s the difference in the ‘Dave’ books? 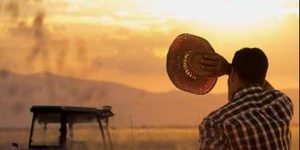 Recently, I’ve been getting a few questions about the difference in the Dave books: ‘last book I read he was married to Kim and now he’s married to Melinda! Help, have I missed a book?’

The short answer is NO! You haven’t missed a book.

All of my books which are published in November have women as the main characters. Yes, Dave features in them and usually the hero of the day, but they’re told from both the woman and Dave’s point of view. These are told in the present day. So, Where the River Runs was set in 2018.

The books which are published in April are a new series and set back in the late 1990s and early 2000s as Dave is starting off his new career as a detective and trying to get involved with the stock squad. Fool’s Gold (published in April 2018) was the first in this series of Detective Dave Burrows. The next book, Without a Doubt is the second. This will be released in April 2019.

So let me tell you a little more about Dave. Back in 1999, (when Fool’s Gold was set) he was newly married to Melinda. Melinda is his first wife and together they have two children.

Over time, they went their seperate ways – clearly there aren’t any spoilers here because you all know he’s very happily married to Kim now. Melinda is a paediatric nurse and very career driven. Dave is also career driven and eventually they just grew apart.

Kim had been Dave’s first love – they’d met when he was eighteen. If you’d read The Farmer’s Choice you’ll catch the first glimpse of Kim in there. You’ll also find out why they broke up in the first place.

Dave and Kim reconnected in Emerald Springs and, as they say in the classics, the rest is history!

I hope that clears up any confusion there might’ve been. And to make it really clear: April: early Dave Burrows, November, present day Dave Burrows!