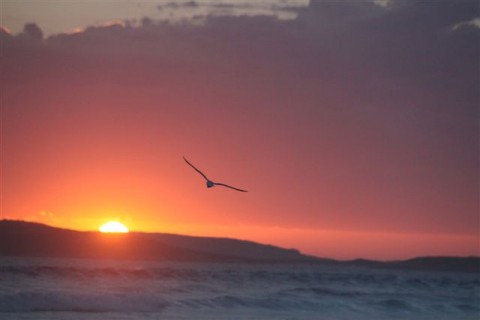 Well the sun set on a fairly crappy year last night and to be perfectly honest, I’m pleased to see the back of 2011. (I have to say, many people I’ve spoken to have found 2011 to be a bad year, so I don’t think it’s just our community that wanted to hold a F*** Off 2011 party!)

During 2011 I learned two things. I think I knew them already, but they were definitely reinforced.

One: Health is King.

Two: Family and the people you love, is Queen.

If you have these two, not much else matters.

I’m not going to dwell on 2011. It’s finished and it can bugger off. Let’s look forward.

2012 is going to be a great year! Firstly Purple Roads will be released. I’m looking forward to this. Writing Purple Roads took place during a fairly turbulent time for me and my family, so to see it wrapped in its cover and finally on the shelf will be a big relief.

2012 is The Year of the Farmer!   I’m stoked about this. One of my aims to is too somehow bring understanding from both city and country people alike. Since I’ve been involved in the writing industry, I’ve spoke with so many people who come from a country, if not farming background but live and work in the city. I’m astounded such a gap, misinformation and understanding of BOTH worlds can exist. To help bridge this gap, I’ll be running a series of Guest blogs with farmers and other people in the agricultural industry.

2012 is National Year of Reading.  Obviously bringing the joy to reading to both kids and adults is something very dear to me. I can’t tell you how excited I am to be involved as a ‘Friend’ of this initiative. I’m also one of the Patrons for this, at my old school – Orroroo Area School. Thanks to Jenny Rosenblatt (who is also one of my old teachers!) for thinking of me.

2012 is The Year of Silver Gums! The publication date of Silver Gums been brought forward by twelve months. This means it will be available on the shelves in March of 2013. It also means my deadline is August 2012. Ummm, yep, head down!

Personally 2012 sees my daughter head into year seven and son into year six. My sister is due to have a baby any tick of the clock and the farm, well this year we’re hoping for rain at the right time, high prices and full dams.

To you all who take the time to read these little blogs of mine, thank you. I hope you find them interesting. From my family to yours, we hope  2012 is a wonderful year, full of health, happiness and love.

What happens the morning after…
September 8, 2019