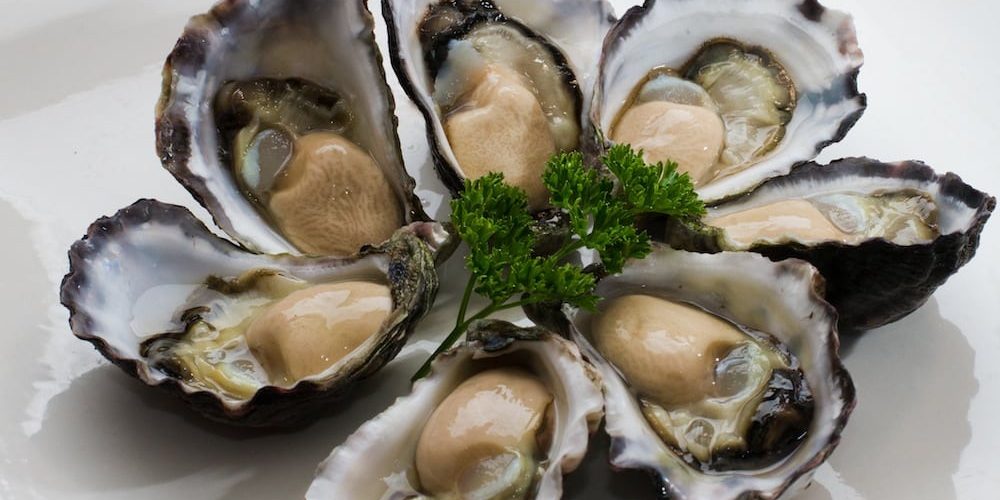 Introducing Jo, Gary and Sam Rodely who farm oysters in the pristine waters of Nelson’s Lake in the Mimosa National Park, NSW. Their story is number 43 in my quest to feature a farmer a week for 52 weeks in celebration of the Australian Year of the Farmer.

Summary of our family and farming enteprise

Tathra Oysters is a family business, started by Gary and his wife Jo in 1988. Tathra Oysters began when Gary left his office job and, looking for a sea change, purchased the oyster farms on Nelsons Lake in the Mimosa Rocks National Park. Their original intention was to make this new life as simple as possible, growing oysters, bagging them up and sending them to the city markets.  This simple ambition quickly became more complex when Gary was told by an oyster processing firm in the city that they did not wish to buy his oysters as oysters from that area were ‘no good’.

With the prospect of city sales eliminated, Tathra Oysters set about establishing a local sales facility and proving, overtime, that they could grow a quality product.  Twenty four years on, Tathra Oysters have been awarded ….

….. and are supplying oysters into high profile restaurants such as Otto Ristorante, Sepia and Rockpool Bar and Grill.

Today Gary and Jo’s son Sam, after completing a Marine Science degree at Wollongong University, has joined the farm and brings a new scientific approach to their farming and husbandry techniques. Their daughter Brooke, currently studying a commerce degree at Wollongong University, contributes to the economic side of the business.  The Rodely family continue to expand their business in a measured way, ensuring quality remains high as output is increased. For you what is the best lifestyle factor you enjoy as a farmer?

Growing up in Leeton in the Murrumbidgee Irrigation Area of NSW, I lived in town and my father and mother had town jobs. I always loved the opportunity to visit school friends’ farms on weekends and holidays. The idea of nurturing and producing and feeding people always appealed to me.

When holidays were taken on the coast I realized I also had a passion and a preference for the clear blue briny water over the chocolate rivers that flowed back home. I didn’t understand at the time but these early trips were sowing the seeds for me to become what I most wanted to be, a waterman.
Years later when I happened to be in the right place at the right time,  I jumped at the opportunity to buy a run-down underdeveloped oyster farm in a special location that has turned out, as leading aquaculture and food industry representatives believe,  to be one of Australia’s most successful aquaculture enterprises.

For me to be oyster farming, I am living out a lifetime dream. I get to be the waterman, messing about in boats and on boards, and the farmer, nurturing and producing. Today more than 24 years into this dream the passion and excitement is as strong as ever and today Jo and I share this experience with our son Sam who is now our farm manager. Like all farming, farming on the water is full of risks and challenges.  Unlike a lot of land farming enterprises, the use of machinery and tools to make our lives easier is only relatively new. Because Sydney Rock oyster farming is only a small industry, with only a few hundred farmers, we have never had a large base of machinery developed to help us. Add to this the fact that each estuary and each farmer in each estuary does things a little differently and you have an environment that has not seen, until recently, the development of tools to maximize the effectiveness of our time.

Short term challenges for us are based on having the infrastructure in place to make our operation as good as it can be, with whatever situation Mother Nature throws at us. We need to continue to develop our own  machines to improve efficiencies, we need to have the tools in place to deal with the possibilities of floods and heat kills and we need our growing infrastructure in good shape to ensure the best possible disease and pest-free product.

Long term, well on the broader side we are concerned with rising sea levels, global warming and ocean acidification. On the more personal side I need to stay fit. It’s hard work and it gets a bit more demanding on the body every year. What do you wish non-farmers and the Australian Government understood about farming?

I’d like people in general to understand that Australian seafood is special and precious. Because we have such a huge seafood appetite in Australia, we have the majority of our seafood now coming in from overseas. A lot of the time it is produced in environments that are not as regulated and controlled as ours are in Australia. Most of all don’t assume your restaurant meal is Australian Seafood just because you are eating in a restaurant near the coast. If it’s not specified on the menu or on the specials’ board that it is Australian, chances are that it’s not.

As for our politicians, I would love for restaurants to have the same labelling requirements as fish shops and supermarkets. Where does our food come from? We should all know. Failing that I would just like our pollies to consider how special our food producers are. Please consider providing support to the people who keep us fed. We would be in deep trouble without them.

What message would you like to put on a billboard in Collins Street?