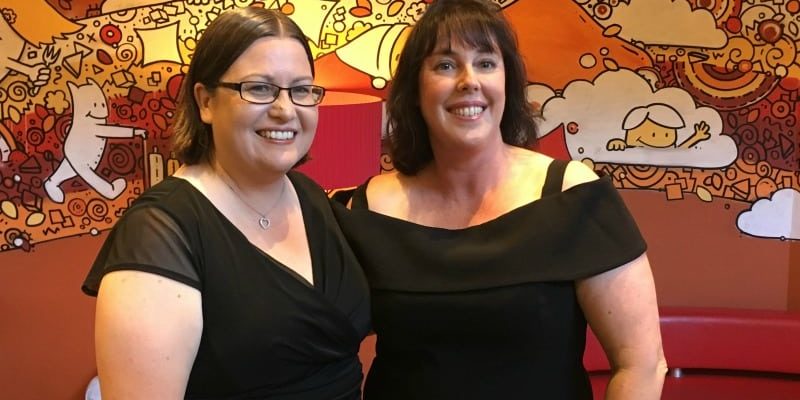 Beautiful display of The Missing Pieces of Us at Allen and Unwin HQ!

I’ve been a little quiet on the blog for the last couple of months – there has been a reason why! It’s been busy!

The Missing Pieces of Us was released about two weeks ago now and I headed over to NSW for a small tour. It was lovely to go to Orange and Bathurst, and see all of my old friends at Allen and Unwin.

After NSW, I spoke at the state Rotary conference and had a serious fan-girl moment when I met Matthew Pavlich, shook his hand and actually had a conversation with him! There was a lovely signing at Dymocks Hay Street and a few other events. But the highlight?

Being a state finalist for the RIRDC Rural Women’s Awards. Tanya Dupagne, from Camp Kulin was a very worthy winner and I was exceptionally privileged to meet her. We’re going to be working together on a few projects, so watch this space. So my very important information. What is it?

Well my project for the RIRDC Rural Women’s Award touched on domestic violence. I spent a long time on the awards night, speaking to Liza Harvey (Deputy leader for the Liberal Party) about my project and having her offer of help, is invaluable.

This is a subject I’m very passionate about – dispelling the myth that all domestic violence is physical.

There are ten different types of abuse which are NOT physical:

Domestic Violence is a form of terrorism. The victims live in fear all the time. They however, sometimes don’t realise that what they are living through is domestic violence.

I wrote Indigo Storm hoping just to change one person’s life. That’s not enough. I am working on a new project which I hope to be able to launch nationwide, within time. In the interim, if you have experienced domestic violence of any sort and have an opinion on what services you would have liked to be able to access and needs you needed met, before, during and after, I’d appreciate hearing from you. Please email pa at fleurmcdonald dot com

That is my important information. I hope you’re as horrified as I am.