The thunder rolls and the rain falls 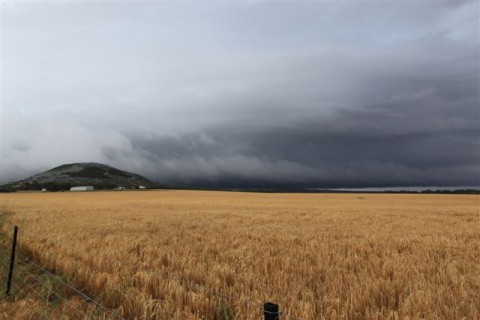 Clouds coming in over Mount Howick

It hasn’t really rained when we wanted it to – well, not in the amounts we would like to have seen this year. The dams around the district have been drying to a puddle, and most farmers that have stock are worried about how they will water them. Us included.

It’s amazing how a short, sharp thunderstorm can turn things around. And there have been plenty of them in the last few weeks. The rain hasn’t been that widespread; you’ve needed to be under a thunder cloud to really get a dolloping, but there are plenty of people who have been. The highest reading I’ve heard was 186mm over about a week.

Not great weather to harvest. 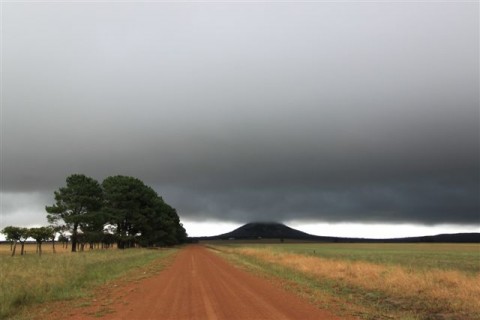 in comes the rain

Until last Friday we’d only had a few showers – a couple of millimetres here and there. But by the time Sunday afternoon came around, we’d had nearly 40mm!

It started when I went into Woolies for my weekly shop. When I came out an hour later, it was still raining, and raining heavily. It was almost like a tropical downpour.

I was caught with quite a few others under the verandah of the Boulevard shopping centre, unable to put a toe out without being drenched. Finally it subsided, and slipping my shoes off so they didn’t get wet in the water that was flowing over the curbs, I raced for the car, unpacked the shopping and headed home.

Maybe I should have headed in the other direction, because the rain followed me.

Dark tentacles of thick, grey cloud rolled over Mount Howick as I pulled into the drive. The rain kept up heavy and steady for nearly twelve hours. Showers followed-up all of Saturday. 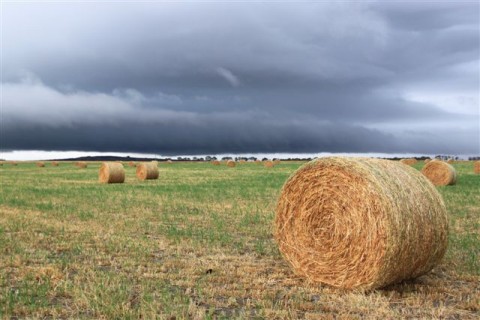 Love the colours of hay and the dark clouds

There’s been a bit of sunshine over the past few days. We did get harvesting briefly yesterday and for most of today, but the forecast is for more severe thunderstorms over the summer period. I just hope we can get the crops off before we have any more thunderstorms. The issue if they do come is that they might ignite fires. 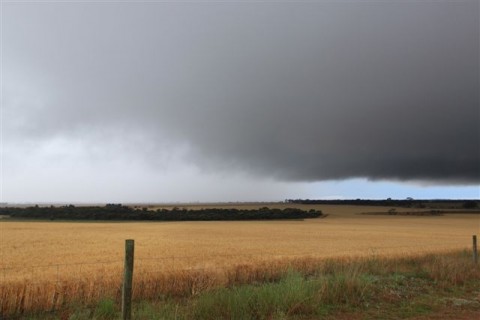 Looking towards where the hay photo was taken from