The French Promise by Fiona McIntosh 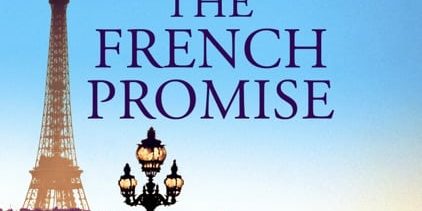 Fiona McIntosh is a master story teller. I’m in awe of the tales she tells and how she writes –  often with three book on the go at one time. I could only dream of doing something like that!

I loved The French Promise so very much and I’m sure you will too. Fiona is touring nationally with this book, so keep an eye on her website to see if she’s visiting near you. I’m just so annoyed I won’t be in Perth any of the times she is going to be! Hello all … and thank you to Fleur for her generous invitation for me to talk about my new novel that released this month.

The French Promise is a book that I didn’t know I was going to write until I realised that its predecessor, The Lavender Keeper, was turning into a much bigger beast than I’d originally intended.  This wasn’t meant to be a two volume series, the story was meant to start in Vichy France in Provence in 1942 and end somewhere around 1948 in Australia.  But as you know, the best-laid plans go awry.

I write to no plan, you see, so I never really know where a story might go, or who will populate it…the process is organic but as I’ve been gunslinging my way through novels for the past 13 years I have decided not to second guess myself.    That said I didn’t view The Lavender Keeper any differently to the previous 20-odd novels I’d written so I set off with happy gusto and only the most loose story arc for my companion, confident I’d write around 130,000 words and give readers a grand romantic tale of wartime love.

In my vague thoughts Lavender was half set in wartime Europe with the second half moving to post war Australia but I never got there.  There are two reasons for this  – the first is the ridiculously charming and enigmatic Colonel Killian who I wasn’t ready for. He was supposed to be a secondary character – more of a device character – but he just refused not to be noticed, seemed determined to be important to the story and suddenly he was dominating the pages and keeping me awake at night because I’d fallen hopelessly in love with him and was in no hurry to leave him.  I was also in no hurry at all to leave Paris!  Even as an occupied nation, she was irresistible.  Even draped in Nazi flags she transcended that ugliness and remained beautiful.

So Killian and Paris are the culprits for why I lingered in Europe, trapped in wartime France and I ended up having to go red-faced to my publisher and ask whether there was any chance of having a sequel.  I am so fortunate to be a Penguin because my lovely publisher didn’t flinch at the request and my editor was all for it.  So we immediately were able to have Lavender entirely as a wartime novel and Promise continuing the story as a peacetime novel.

And I’m thrilled we went this way because it gave me so much more scope to bring my characters at a slightly more leisurely pace out to Australia and fill in a lot more important backstory in the meantime.  This way we get to share their immediate post-war emotional states, keeping in mind that both Luc and Lisette were traumatised during the Liberation of Paris.   I knew there had to be a kick on effect and so it felt important to let readers glimpse the angst and their individual attempts to settle back down into civilian life of the late forties as so many returning soldiers and spies would have struggled to do.  In this case, Luc is French with a troubling surname for most Brits and that only alienates him more in his new landscape of England’s south coast. Promise is the book that focuses on the Bridestowe Lavender Farm in Launceston, which first prompted the story of The Lavender Keeper and it was marvellous to build a picture from the memories of locals and the original family that owned Bridestowe of how this rather amazing farm built itself from humble beginnings.

Needless to say, though, I found a very good reason to return the action to Paris!  The research for this second volume took me to some fascinating locations beyond the obvious of London and Paris, which are key to the novel.   On this occasion I returned to my home stomping ground of the beachfront towns of East Sussex, particularly Hastings and Eastbourne that I recall from childhood but now so changed.  Nevertheless museums, newspapers and talking to older locals gave me my East Sussex of 1948 and before long I was off to Strasbourg in France, which is a key location, and then Provence of course, and ultimately to Krakow in order to visit Auschwitz Concentration Camp and Oskar Schindler’s factory.  The latter was mostly for atmosphere but the Auschwitz-Birkenau camp was critical for the story as you’ll discover.  It was harrowing but necessary to experience, as were the Shoah Memorial in Paris and the Imperial War Museum Holocaust halls in London.  Getting that prologue right was vital and while I won’t say I hope you enjoy it, I will say I hope it tugs strongly at your heartstrings.

Throughout the writing of this novel I kept a bottle of Fragonard Lavender Eau de Toilette close.  My cousin who lives in Paris sent it to me and I’m assured it is made from the true French lavender…the wild lavender of Provence.  It helped enormously for putting me in the mood, especially for the emotionally charged scenes, of which there are several.

I’m proud of the book and looking forward to meeting readers all over the country while I’m touring for the novel.  These two novels can be happily read in isolation, or in order…or even backwards if you choose.  Whichever way you go, I’m incredibly appreciative that you may choose to read them.