“Please God don’t let me spew on his boots” another farmer wants a wife story! 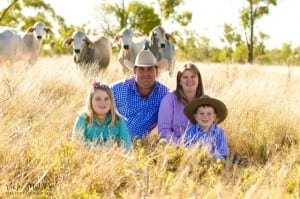 Maybe  it’s good to be scared in a “sardine like” plane! It helped get Kylie Stretton her man! Here she is:

The year is 1999 I’d just finished Grade 12 in Queensland.  I’d applied for many governessing jobs all over Queensland and the Northern Territory, I’d been offered one at Richmond which wasn’t too far from home, only to be told a week before I started that the mother and children decided to move to town so there’d be no job for me there.  So back to the drawing board, one week before school started again and it looked like I was jobless.

But then a phone call came through, from a family on Gallipoli, an outstation of Alexandria, one of Australia’s largest stations.  It was late notice but I didn’t mind, I was going to the Northern Territory!!  I had to delay my departure twice once due to suspected appendicitis and once because Dad broke his leg and we had to do a bit of a muster to sell cattle.  That was interesting!  Dad could not help himself and had to hop around the yards on his crutches.  I remember my mother’s horror and my brother’s mirth (I was probably half way between the two) watching Dad bash a cranky steer over the head with one of his crutches as it kept charging him.

Dad wasn’t too keen on letting me go, he found out that the stockmen there were all very young and there were quite a few of them.  But the time came and Mum drove me to town and put me on the overnight bus to Mt Isa, where the mail plane pilot would pick me up in his little Cessna and fly me out via Soudan the other outstation, and Alex the main station.  I’d never been on a plane before and I got carsick.  Turns out I got pretty (although nothing pretty about it) airsick too….

So after what seemed like eternity the pilot tapped me on the shoulder to get me to pry my eyes open.  I’d had them squeezed shut for the last hour and my mantra was “just pretend it’s a car, just pretend it’s a car.”  In the distance I could see Gallipoli Homestead glinting in the harsh summer sun, a sparkly speck on the vast openness of the Barkly Tablelands.

Oh thank goodness he was going to land this sardine tin.  But oh no!  It took a couple of goes and did my stomach no favours.  We finally taxied to a stop in front of a Land Cruiser Ute that had two wide eyed children hanging out the windows and scrambling over the laps of their father and quite a good looking young man.

I stumbled out of that plane onto the rocky bush airstrip and stood in front of the welcoming party.  I’m not a religious person but I’m glad there was a higher being answering my prayers that day.  My prayers that were pleading “Please God don’t let me spew on his boots”.

Apparently I passed first inspection of this young man called Shane.  He told the boss that “Yeah I’d have a lap at her”.   That lap is a lot longer than he bargained for!  After three days with the aid of a beautiful starry sky (not to mention a bit of rum and coke) we were an “item”.

Here we are 13 years later, with a business of our own and two gorgeous children we are still only at the beginning of our journey through life. There were so many things that could have gone against us meeting, but fate was really working in our favour that day.

Moral to the story:  Ladies if you want a husband, go to the Northern Territory, lots of available men out there!

Breaking the Silence launches into Albany
November 28, 2018
What Should a Horse Say read by me. Fleur McDonald!
November 10, 2018

The senselessness of sabotage
September 18, 2018