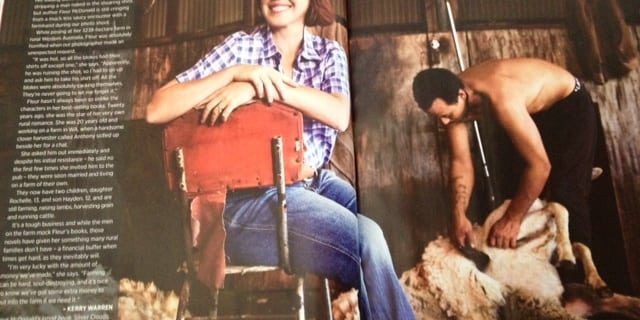 In January, I was lucky enough to go on a three day holiday with my family. Just us, no one else. Now it’s the first time we’ve ever managed to that. Most times when we go away we’re heading to family and as much as we all like hanging out together with my family or the Boss’s, it’s never really a break. Too busy trying to catch up with everyone and cram heaps of things in!

To say it never rains, but pours was a great analogy of what happened over those few days!

On our first morning away, my mobile rang (now it must be said, I’m rather partial to my mobile. And I LOVE talking!). I was stoked to see it was my publisher and, although I was shopping with near-teenager, for her big move away from home, I answered. Boy I wish I hadn’t! The last proof read had unearthed some timing problems with Silver Clouds.

‘I can’t do anything, I’m sorry,’ I said down the phone. ‘I haven’t brought my computer with me.’

‘When are you home?’

‘Sunday. Why haven’t these been found before now? After four edits?’

Somehow, that question was brushed off, but the gist of the conversation was I had a day to fix it, because it HAD to go to print on Monday.

Then, while having a hot chocolate and coffee, with my daughter, waiting for the boys to return from their jaunt to the abattoirs, I decided to check my email. There was an email from the great Caroline Overington, who is not only the Associate editor with The Australian Woman’s Weekly but an incredible author of four books.

‘We’d like to a feature on you for the March edition,’ it said. I just about dropped the phone.

And just like that, there was a whirl wind of activity and about a week later, the gorgeous Alana, flew in from Sydney and started taking photos of me! I can’t tell you how hysterical it was for this farm girl, who is usually covered in dust and dirt, to be told to ‘stick out your chin – trust me, it works,’ or ‘Hip to side – just the models.’ What? Walking through the sheep yards, with sheep all around my knees and you want me to throw a hip out?

There were countless times it was just too funny and I broke down in giggles! And the blokes form the shearing shed? Well, didn’t they have a ball, giving me a hard time?

But as you can see, it was worth it. The picture is amazing – I never thought a shearing shed could look so good. And to tell you a secret, one of my dreams-but-never-thought-would-happen things has been to end up in the AWW. Not me, as such but my books. It would be the pinnacle if one of my books managed to get the shiny silver sticker, from them, proclaiming it was ‘A Woman’s Weekly Great Read.’ Well I haven’t managed that bit yet, but this was the next best thing. Especially to along side a couple of my idols, Rachael Treasure and Nicole Alexander. It was lovely to see Catherine Hein in there too, with her great books.

But I do have to make a disclaimer – if, from reading the article, you think I write erotica like Rachael Treasure, please don’t pick up my books, because you will be disappointed. There are no sex scenes in any them – I prefer to leave that up to your imagination. Nicole Alexander summed up what we both write, perfectly. “Of course there is often a romance – that is part of life, but the passion I have for the land – it’s history and it’s beauty, that’s the real love story.’

And I agree. Wholeheartedly.