Phew, my head is still spinning! 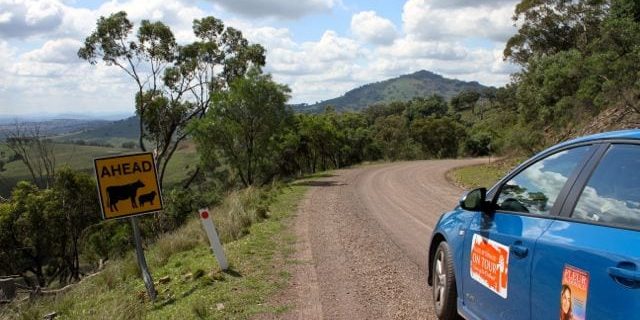 I guess, if you follow me on Facebook or Twitter, you’ll know I’ve just had a whirlwind tour of NSW and WA for the release of Crimson Dawn. John Purcell and I at Booktopia

And whirlwind, or at least head spinning, it was! It was so incredibly exciting to visit places I’d only ever heard about before. Booktopia‘s John Purcell and I have been chatting on Twitter since about 2010, so actually meet him was amazing – he is, in fact, very real, very tall and as lovely in real life as he is on Twitter! I have to say I have never seen SO many of my books in one hit – and yes, I signed every single one of them! Heading out of Sydney to regional NSW left me awestruck. Esperance is incredibly flat, so to see this beauty and ruggedness was a REAL treat! As was driving into Tamworth. I can’t tell you how beautiful it was to see green grass and cattle looking pretty healthy. It wasn’t how I imagined after hearing about the drought. It was fabulous to know that they had received life-giving rain a couple of weeks before I arrived.

This place was pretty iconic – never thought I’d get to Bathurst! It was a complete shock and thrill to have Crimson Dawn debut at Number One on the Allen and Unwin best selling list and for it to still be there three weeks later. It’s you guys who have made that happen and I’m so thankful to you all!

Now, if you have never heard me interviewed and would like to, Gillo from ABC 720’s program and I had a lovely chat, which you can hear, here! So, two weeks later and a lot of kilometres under my belt, I’m home again. And what a view! The best place to be!