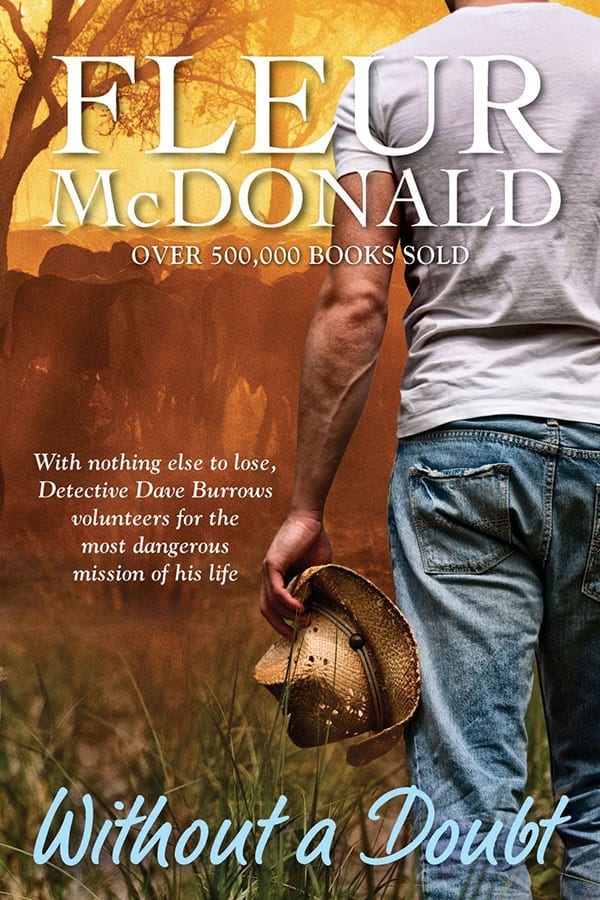 Detective Dave Burrows returns in the most compelling and exciting case of his early career.

“McDonald’s first-hand experience of rural life is evident in her richly drawn worlds of both small-town life and large-scale cattle stations. Without a Doubt is action-packed rural crime fiction that offers insight into an illegal activity still costing farmers millions of dollars each year.”

In Barrabine, as Dave’s workload skyrockets, Melinda, Dave’s wife, is unhappy about being left alone so much to raise their eighteen-month-old daughter, Bec. It’s not how Dave wants it either, but complaints, leads and crimes all have to be investigated – it’s what he joined the force for.

Melinda’s interfering father isn’t helping. He’s never thought that Dave was right for his daughter and he’s not shy about telling Dave what he’s doing wrong. When things come to a head at home, Dave’s policing mate, Spencer, comes up with a plan.

“Without a Doubt is another fabulous romantic suspense – high on the suspense – novel by Aussie author Fleur McDonald.”