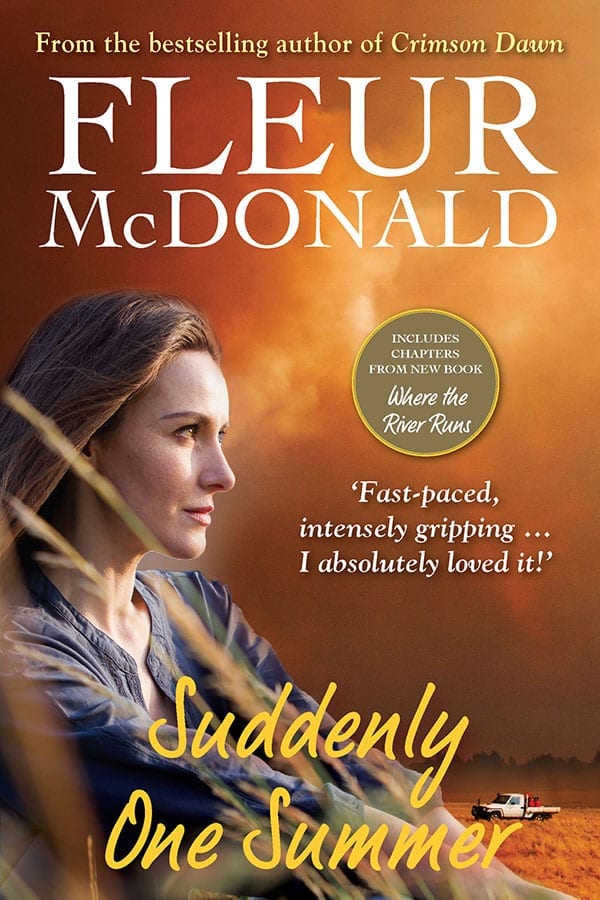 Suspenseful and incendiary, Suddenly One Summer is an intriguing and heartfelt story of the unlikely connections of life on the land.

“An enthralling read with surprising twists and merging stories”

When Brianna Donahue was three years old, her mother mysteriously disappeared while farming in Merriwell Bay, Western Australia. Her body has never been found. Brianna works the same land with her father Russell, while almost single-handedly raising her two children as her husband Caleb works as a fly-in fly-out criminal lawyer in Perth.

One scorching summer’s morning, her son Trent goes missing and, while frantically searching for him, Brianna must come to terms with the fact that her marriage has large cracks in it.

Over two thousand kilometres away in South Australia, Detective Dave Burrows receives a phone call reporting stolen sheep from an elderly farmer. When he and his partner Jack arrive at the farm, it’s clear that Guy has early signs of dementia. Following a conversation with his wife Kim, Dave becomes intrigued with Guy’s family history. Was there a sister, or was there not? No one seems to know.

So how will Dave’s investigation impact Brianna’s world? While battling the threat of bushfires back in Merriwell Bay, Brianna is faced with challenges that test her relationships with those she loves most.

“McDonald offers consistently good books and I have no doubt her fans and readers, not to mention lovers of rural fiction will adore this latest release.”