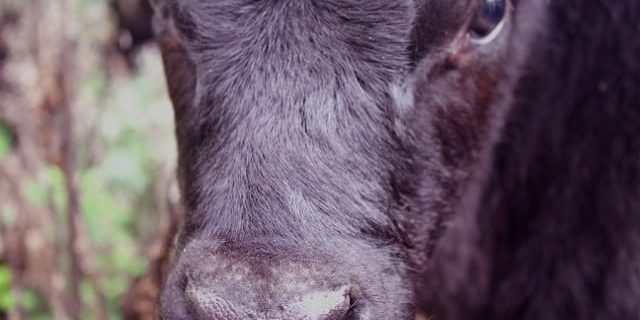 This is a ‘both’ situation. Late last week we had a massive thunder storm which dropped about 40mm of rain over the farm. (It makes for over a 100mm since the start of March, so things are looking a bit wet!)

Obviously stock are used to being outside in all weather – they’re built for it, with their hides and fleeces protecting them. We also make sure sure they’re in paddocks with plenty of bush for shelter.

The boss, the Jack Russell and I were inside listening to the rain on the tin roof, thinking how beautiful it was, when there was a rumble in the distance.

The boss and I glanced at each other.

That glance said: ‘Whoa, this could be a doozy.’

Previous experience sent us scurrying to fill the kettle and the candles. No power equals no water for us.

The thunder got closer and closer until then was a massive crack right over the top of us – the windows rattled and the rain pounded harder.

We nodded to each other.

‘Yep, we were right,’ it said. (Not much need for words when it comes to weather around our place!) The next day, we went for a drive and found this little fella. We’ve named him Lightening. Yep, I know he’s black, (of course! He’s part of the Angus breed of cattle!) but you see, his mother was hit by lightning during the storm. We’ve never had that happen before, but know that it can.

The cow wouldn’t have felt a thing because she dropped where she stood.

So Lightning is the new addition to the ‘McDonald’s Farm Yard’. And I have to say, I’m happy to have him. There’s nothing like a cute calf! And as a ‘by the way’, this is what our paddocks look like now. Of course there is only one thing to do when there is this much water and mud… … Have a mud fight of course!