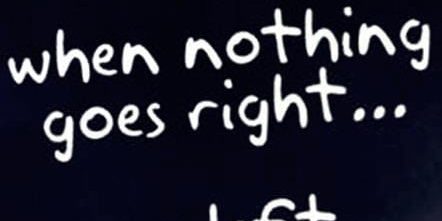 Sometimes writing just doesn’t go the way you plan it! Mostly I love it when that happens because if something happens, which I don’t is going to happen, then hopefully you guys won’t see it coming and get the same thrill and feeling of surprise I got, when I wrote it. (phew, do you get what I mean?!)

As I power towards my end-of-August deadline, for Silver Gums, I’ve had a few of those moments, but perhaps none as dramatic as yesterdays!

I must say, the day started quite normally; we marked a mob of lambs, then weaned some wether lambs. Actually I should say, it’s about here, the day started to go slightly awry. For whatever reason, the ewes and lambs just wouldn’t run. Between boggy yards, a dog who had its own ideas (none of which were very useful) and the boss yelling instructions, one could say, it was a fairly interesting few hours.

Thanks to one particular sheep who ran flat out in the back of my knees and knocked me deep into the mud (cues laughter from everyone who was watching, dog included) and the last pen of ewes who I encouraged one by bloody one, down the race (and made me miss the school bus pick up).

It’s probably fair to say I was well and truly looking for my writing desk by the time I got home (I make thing happen to imaginary people there, not to me!).

Anyhow, I sat down, after a cup of tea and started to write. Trouble was, I managed to take my bad mood across into the book and kill four characters in four separate incidents, in one chapter. I think this might be a bit much and it’s probably a warning to anyone who wants to be a character in my book; maybe you don’t!

Now today, I must get back to it and fix the bloodbath!

What are you doing?