Launch of The Shearer’s Wife 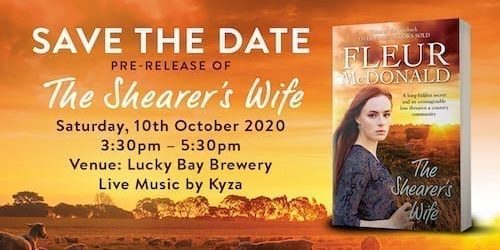 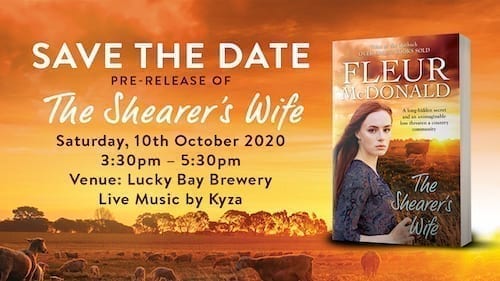 I’m really excited that my 15th novel is coming out in early November. I know I say this often, but, if you’d told me 11 years ago that I would write one novel, let alone 15, I’m not sure I would have ever believed you!

Anyway, there’s going to be a pre-release launch of The Shearer’s Wife on the 10th of October – now I know some of you (okay, a lot of you!) won’t be able to get to Esperance for the launch, but don’t worry; we haven’t forgotten you, so read on!

The most exciting thing about this launch is the awesome Matt Tinney, who is Channel 7’s Sunrise news reader is coming down to MC the event and ask me a few questions. Matt’s such a great bloke, so we’re all sure to have a lot of fun. You can buy tickets here.

There’s going to be live music, by Campbell Garrett (organised by @kyzapresents), door prizes and the ticket price ($40) includes a drink on arrival, nibbles and a book pack – including a copy of The Shearer’s Wife. There will be extra copies of The Shearer’s Wife available for you to buy on the day for $30.

Now for those of you who can’t come, I have a limited number of books you can purchase from me. I know it’s a bit more expensive, since you’ll have to pay for postage, but I can sign them for you – maybe Christmas shopping done early?! If you email me at fleur @ fleurmcdonald.com I can send you an invoice $30 for the book and $10 for postage. Once you’ve paid, then I can post The Shearer’s Wife out to you.

Also, we will be doing an online launch; there’s more details to come on that later.

If you’d like to preorder through Booktopia, you can, by clicking here.

Now I guess yo’d like to know what The Shearer’s Wife is all about. Well here you are:

2020: When the Australian Federal Police swoop unheralded into Barker and make a shocking arrest for possession of narcotics, Detective Dave Burrows is certain there is more to the story than meets the eye. But the Feds insist that Dave is too invested in the town and its people to see the truth of what is happening there.

1980: Rose and Ian Kelly arrive in Barker for supplies before they begin shearing at Jacksonville Station, a couple of hundred kilometres out of town. Rose, heavily pregnant with their first babies, worries that despite Ian’s impending fatherhood he remains a drifter who dreams of the open road.

The twins arrive early and while Rose recuperates in town after a complicated birth, Ian stays at the Station to finish the shearing. When Ian turns up at job’s end ready to collect them all and move on, Rose is adamant that she and the twins need the support of the community in Barker. Impatiently, Ian sets off alone, leaving Rose and the children behind.

2020: After many months of grief over her brother’s illness and death, journalist Zara Ellison is finally ready to begin a new chapter of her life and make a commitment to her boyfriend, Senior Constable Jack Higgins. But when she’s assigned to investigating the Barker arrest, Jack begins to believe that Zara is working against him.

It takes a series of unconnected incidents in Zara’s digging to reveal an almost forgotten thread of mystery as to how these two events, forty years apart, could be connected.

Hope to see some of you at the live launch and others at the online launch later on. 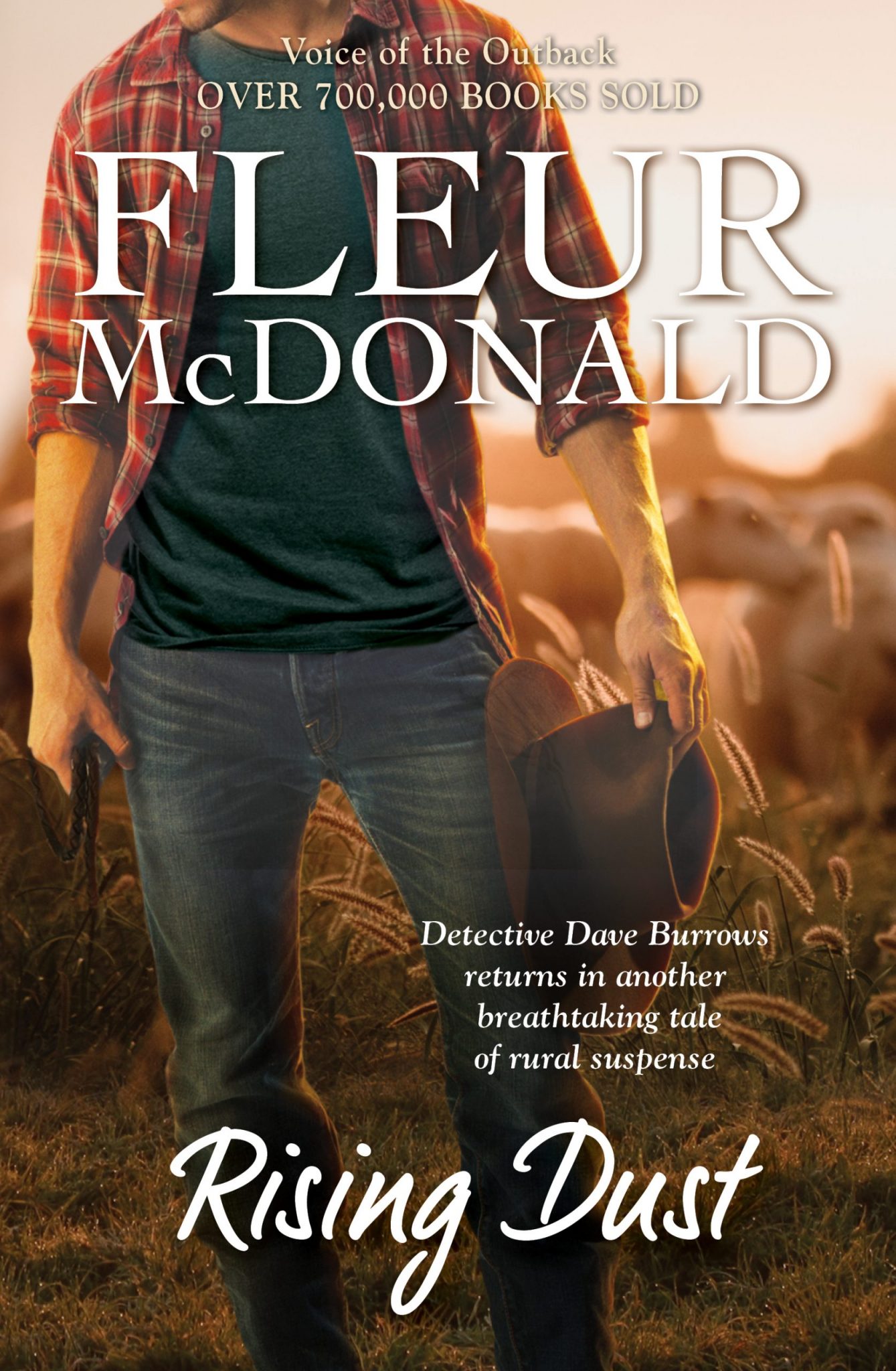