If Dave was real, I’d have married him years ago! 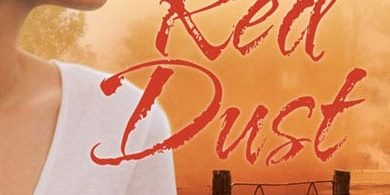 He was my lead male character in my first published novel, Red Dust. Dave worked hard, played hard, loved the bush and his job as lead detective in the WA Stock Squad.

As my novels went on, he seemed to morph into every one of them. Early on it was only a mention during the books after Red Dust… A few lines, a couple of conversations where Dave offered advice to people who were in trouble.

I was surprised when I started receiving lots of emails and Facebook comments asking me when Dave’s next adventure was going to be.

Crime is my first love and I decided to make sure that my books had a thread of mystery/crime throughout that could involve Dave.

Emerald Springs was the start of an almost cult like following for Detective Dave! Something that has completely blown my mind!

I’m not sure why what appeals to everyone about Dave. (I’d love for you to tell me!) All I know is that when I write him, I can create the perfect but flawed man! Who wouldn’t want that? (Let me tell you, if he was real, I’d have married him years ago!)

Dave is the backbone of all my books. Whether it’s the rural fiction which I write to be published in time for Christmas, or the new Dave Burrows series, which is published in April, Dave is entrenched in the pages. (If you’d like to check out all of the Dave books, click HERE).

I’ve loved writing the new series of Dave; within this series, I take Dave back to his beginning as a detective just starting out. The books are set in the late 1990s and early 2000s where he is married to a different woman, (Melinda), has different friendships and is clawing his way to his dream job; the lead detective in the stock squad. It’s allowed me to go back and explore his beginnings; old and new relationships, see exactly where he’s come from and why he is the man he has become, in the 2018s onwards.

Sometimes I get asked if Dave is based on a real character. Sort of, but not really. There is a Detective I’m very good friends with and helps me make sure that as a detective, Dave is authentic and the crimes he’s solving are real.

We meet for lunch at a pub in Perth, have a meal and yarn about everything and anything. Before long, my note book is out and scribbling as fast as I can, trying to keep up with investigation techniques, police slang and anything which will make the books accurate and realistic.

I guess in time, I’ll have to retire Dave – he’s getting up there on the wrong side of fifty now. I’d like to think, his offsider in the modern day books, Jack, would be a good replacement for Dave when the time comes (sob).

What do you guys think?