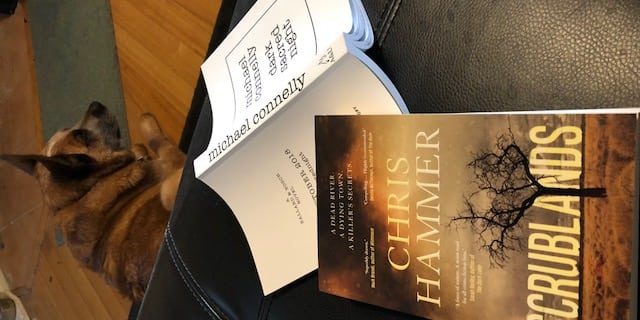 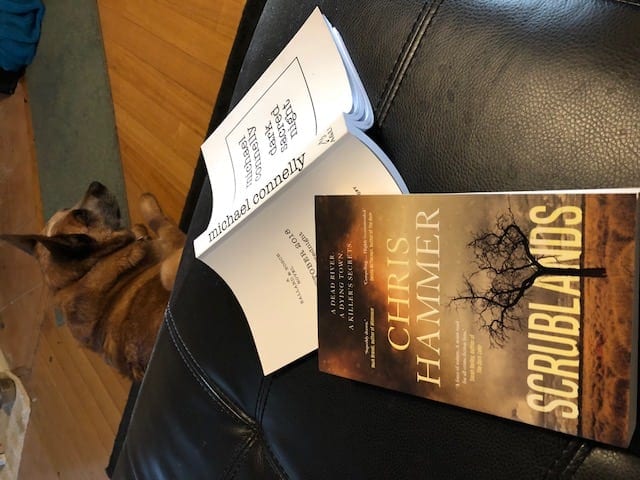 The top of my reading pile

I went to Sydney last week, for six days.

Six days with lots of different meetings and activities, required at least seven different outfits, shoes to go with them and all the toiletries etc you need. Need I say that my suitcase was very heavy?

Upon arriving at our little airport in Esperance, I was told that, despite my attempt to keep it as light as I could, my case was above the maximum 15kg.

Could I take something out of it and put it in my hand luggage? I was asked. Sure, I answered, as I rummaged around to find the heaviest jacket I had packed… with a lineup of people behind me.

The check in lady smiled and reiterated: ‘No suitcase was allowed on the plane above 15kg.’ I nodded, but was bemused as to why I was allowed to carry the extra into the cabin rather than leaving it behind… Go figure!

Now, when I travel, I read. Either that or listen to podcasts and music. That day, I had a gorgeous novel called The Single Ladies of Jacaranda Retirement Village with me, and was planning to read. Along with that novel, I also had my laptop, purse and whatever other crap I usually have in my nappy bag sized handbag… and now a jacket. The carry on luggage was beginning to get a little heavy.

Anyhow, while I was in Sydney I saw author Michael Robotham speak about his new book The Other Wife. Of course, I HAD to buy the book.

The next day I had a meeting with Allen and Unwin about my next novel. I was SO lucky to be give a reading copy of Michael Connelly’s new book Dark Sacred Night. I LOVE MICHAEL CONNELLY.

Although now I had two books, weighing at least another kilo and half heavier than my luggage was allowed to weigh, plus the one I had on the way over.

A little later on I was given (again by the generous Allen and Unwin!) the newly released Scrublands by Chris Hammer. If you haven’t heard aboutI think you may have been living under a rock!

Chris is the new phenomena in crime writing and I love crime.

But… this book is massive and weighs about a kilo, maybe a bit more.

Now, I’m up to 2.5kg over, plus the coat I had to take out back there in Esperance.

Of course no trip to the publishers is complete without catching up with my editor, Christa. Christa handed me the edits of Where the River Runs – a manuscript which is about two inches thick and weighs at least two kilos…

Update: 4.5kg plus my coat, over the REX Airline limit.

And yes I was wondering how in the hell I was going to get all of these books home, because I didn’t have a choice. I NEEDED them all!

When I got to the airport in Sydney, I was combing the bookshops as I do, carrying a handbag which now contained: a lap top, a two kilo manuscript, one book probably weighing about 800 grams plus my purse, which is always far too heavy because of all the coins in there.

And guess what… yes, I saw another book, I just had to have, because I’d seen it online, thought it sounded awesome and in Esperance, we don’t have a bookshop which has all the up-to-date releases…

After I walked out of there, telling myself off, I saw an Australia Post shop and had a brain wave.

When I turned up at the REX Airline check in the next morning, my suitcase weighed less than it had when I left! (If I’d been an attention seeker, I would’ve air punched!)

And considering I posted them in Perth and they only took three days to turn up back in Esperance plus I still managed to keep all of my books, I think the cost of the postage was seriously worth it!

So while I’m reading Dark Sacred Night and Scrublands, what are you reading? I’d love some suggestions!