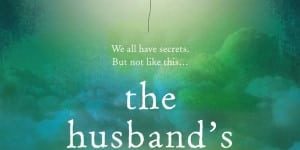 The Husband’s Secret by Liane Moriarty

Well, Liane Moriarty has asked that question inside her spine tingling, brilliant novel, The Husband’s Secret.

I was lucky enough to receive a pre-release copy and since then, I’ve tried to find anything she has ever written. My regard for her writing and storytelling  is huge. In fact I’ve just finished listening to The Hypnotist’s Love Story on audio, while driving home from Perth a couple of weeks ago.

I managed to ask her a few questions, including whether she would open a letter written by her husband. Here she is:

1. I have to ask, if you came across a letter from your husband, Liane, would you open it?

Absolutely I would. I am ashamed to admit I wouldn’t even hesitate. “I know you’d open it,” sighed my husband when I told him this. “That’s why I’d never write a letter like that.”

2. How long did it take you to write The Husband’s Secret?

3. When you’re not writing, who do you read?

4.     Both of your sisters are successful, published authors – I imagine this makes for a very entertaining Christmas luncheon! Do or have you ever, all dreamed up plots together? Do you work together at all? And do your parents ever believe a word any of you say?!

We haven’t ever dreamed up plots together, but we are very competitive when it comes to making use of family anecdotes. My sisters were disgusted with me when I announced that I’d used the story of my grandfather’s proposal to my grandmother in my latest novel, because that meant it was no longer available.

5. Where did the creative side of your family come from – mum or dad?

Neither of them write but they are both wonderful storytellers. My father is a talented spinner of tall tales – it’s the Irish in him. We could never be sure if he was making something up when we were little and I still get caught out sometimes. When my mother wants something to happen, such as a particular family event, she will fabricate entire, authentic-sounding conversations between my sisters and then blink innocently when someone says, “I never said that!”  “Oh, didn’t you?” she’ll say vaguely and quickly change the subject.

6. During the time you were working in marketing and advertising, did you still write for pleasure?

I wrote a lot of first chapters of novels that didn’t go anywhere as well as short stories. When I was 25 I stayed back after work at my marketing job and wrote a book for my youngest sister for her 10th birthday. I had no intention of trying to get it published. Ten years later, at her suggestion, I gave the manuscript to my publisher and it became my first children’s book, The Petrifying Problem with Princess Petronella.

7. Are you working on another novel now and what can you tell us about it?

I am in the very early stages of a new novel. All I know is that it will revolve around a school. Now that I’m a ‘school mum’ for the first time, I am fascinated by the world of primary school. It’s like becoming part of a little village.

8. Can you tell us a little about your writing day?

I have a five year old son and a three year old daughter. My daughter has just started preschool two days a week, so I fit writing in between drop-off and pick-up, hanging the washing on the line, talking to Mum while I empty the dishwasher etc. Up until this year I could only write when I had a babysitter to take care of the children. She would come for 3 or 4 hour sessions and I would close my office door and write. This is the first year I’ve had two child-free days and I blissfully assumed I’d be SO productive in the silent house. In actual fact, I work much harder when I know there is someone there to observe me wandering out of my office for yet another cup of tea. A friend suggested I hire the children’s nanny even when they’re not there. She could sit outside my office like a sentry. I’m seriously considering it.

9. If you could have dinner with anyone, alive or dead, who would it be?

My twenty-year-old self. I would not eat because I would be too giving instructions. Don’t date that one. Or that one. Sunscreen! Invest! Don’t MARRY him for heaven’s sake!  Travel more! Don’t worry so much. Stop giving up on your writing! What are you so frightened of? Fix your hair! I know it’s the eighties but must you embrace the fashion so enthusiastically?  And so on. Actually, maybe it would make more sense to have dinner with my eighty year old self, so I could listen to her instructions.

About The Husband’s Secret:

“To be opened in the event of my death”

With one swift, vicious movement, she sliced the envelope open, and pulled out a handwritten letter.

The Husband’s Secret is a funny, heartbreaking novel of marriage, grief, love and secrets. When her husband announces he’s in love with her best friend, painfully shy Tess picks up her young son and returns to her mother’s house. There she begins an unexpected affair with an old flame. Rachel is a woman in her sixties consumed by grief and anger at the loss of her daughter twenty years earlier. When her son announces he is taking her beloved grandson overseas, Rachel begins a descent into deeper bitterness and pain. Cecilia is the quintessential “I don’t know how she does it” woman. A devoted mother to three daughters, she runs her household like clockwork, is President of the P&C, owns an extremely successful Tupperware business and is happy in her fifteen-year marriage. Until she discovers a letter in their attic labelled: “To my wife Cecilia, to be opened in the event of my death”… Her husband’s secret is a bombshell beyond all imagining with repercussions across the lives of all three women.