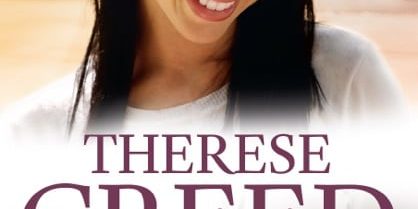 At the moment, the Rural Lit genre is growing incredibly fast. It seems every month there is not one, but two or three new releases finding their way onto the shelves, everywhere.

Today marks the in-store date for debut author Therese Creed. Her novel Redstone Station is published by my publishers, Allen and Unwin and Therese’s call story is much the same as my own, after being picked up through the Friday Pitch initiative. Therese: Basically, when I wrote the book I was just acting on a sudden whim. I had been writing opinion pieces for the paper, but they were depressing me and I was yearning to write something joyful. I suppose I had also had the idea of writing a novel simmering in my subconscious since coming to live on a cattle property.
When I was riding on the National Trail in 2003/04, I was sending letters (on paper), detailing my daily adventures, home to my family. My Dad would then type them up and send them out as emails. These emails ended up having quite a large following, and the fact that people enjoyed what I wrote really excited me. Strangely, the thing that spurred me into action was my reading of a very bad contemporary novel just after Easter 2011. So over the next week, whenever a weird or novel thing happened on the property and I was the only one around to witness it, I wrote it down. Then a few lines began to turn into a few paragraphs, and a few paragraphs into chapters. Then it just took off. The chapters started clocking up, in no particular order and it was time to conjure up a main characters.
Then the characters got into my head and took control of the story. I got to know them so well that I knew how they would act in certain situations. Their voices began to plague me throughout the day when I was trying to do other work. They would talk at me incessantly, sometimes more than one of them at a time. I would be doing something with my sons, mundane housework, jobs outside with the animals or cooking, and the voices would be nagging me with what they wanted to happen to them in the story. The pressure that the voices of my characters put on me, meant that I got a great deal done in a short time. I am usually such a procrastinator and find it so hard to be organised, but with these voices driving me, I found that by the time I got to the computer I night, I was ready to explode with words, my face would burn with a blood rush to the head, and the only thing that slowed me down was my two-fingered typing.
Each day unusual things happen at our place, it is a 17 000 acre cattle property, and suddenly they seemed to be happening with relevance to the story. We had a fire to fight, it became a chapter, a coal company came to do exploratory drilling in our very best paddock, it went in, I found a cow with a stuck calf that had been partly eaten by dingoes, in she went.  Old envelopes, shopping dockets in the car and even the back of my hand on occasions were used to jot down ideas, to be collected and written up by night in the dark (we have no screens so lights go off on dark if we want to avoid a house full of bugs). Looking through the swarm of insects gathered on the computer screen the daily events were woven into Alice’s life as well. Often one sentence would spark off a whole new chain of events in the story, It was so exciting, I just couldn’t wait to find out what was going to happen next! Sometimes the characters would surprise me. Written dialogues in the book were rarely pre-planned, I would start writing a conversation wondering what they were going to say, and even argue with them in my head, when they insisted on saying something that I didn’t like, or that created a whole lot more work for me.
When I was contacted by Allen and Unwin after submitting my manuscript to ‘Friday Pitch’ I still didn’t expect anything to eventuate. When they accepted it for publication, I was so dumbstruck that I asked my brother in law (A barrister) to check it all out for me to make sure it wasn’t someone fraudulent, pretending to be a publisher, trying to steal my work! It was just too good to be true.
I loved every minute of creating Redstone Station and I am enjoying the next novel and my new set of imaginary friends just as much!
Therese Creed.
Category: Guest BloggersBy Fleur McDonaldApril 29, 201313 Comments
Tags: Redstone StationTherese Creed
You like this article? Please Share it!
Share on FacebookShare on Facebook TweetShare on Twitter Pin itShare on Pinterest Share on LinkedInShare on LinkedIn Share on WhatsAppShare on WhatsApp