Day I learned the truth… 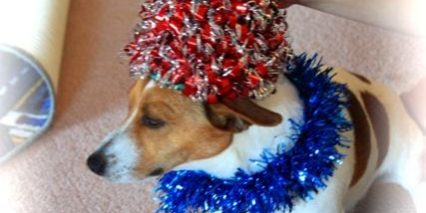 **Spoiler Alert: You are NOT to read this post if you are under 16**

I remember a Christmas, many years ago, when I was about 10. I was SO excited. My family from Alice Springs were coming down, I’d get to see my cousins, whom I ADORED, my Aunty who was even better and there would be presents.

Imagine this: Christmas eve  the anticipation that Father Christmas would be flying by tonight. There would be Church and PRESENTS tomorrow, there would be family and amazing food.

It was hot, as it always is at Christmas time in the mid north of SA, so my cousin (who is four years older than me… and a boy) put the idea into my head it was time to go and have a swim in the dam. What he really wanted to do was tell me the truth.

He delighted in it, in fact.

‘Santa won’t be dropping by tonight, little cousin.’ Ben was at that snotty age, boys get to, thinking they know everything. His tone was sneering.

‘Yes he will,’ I fired back immediately. ‘He always comes.’

‘He won’t be, because…’ he left that hanging. ‘Well, let’s just say I know something you don’t.’

He was so damned pleased with himself and it made me WANT to know what he knew.

‘Tell then,’ I challenged him.

Of course he wouldn’t. It took a good ten minutes of him having the upper hand and me get angrier and angrier with him, before I said I was listening to him any more and started to flounce back home.

‘He’s not coming because he’s really your mum and dad,’ he yelled after me.

I can remember denying it, but deep down I also knew he was right. I think I screamed the obligatory ‘You’re an idiot,’ and stormed off home.

That next morning, at about 4am, I woke up to find the standard Santa sack filled with lovely goodies, but instead of opening it, I got up and checked in mum and dad’s room. They were sound asleep. A little it of hope stirred that perhaps that snotty fourteen year old cousin of mine was pretending. Telling me lies.

I slipped outside and went and sat on the dam back, to watch the sun come up. It was in that moment, Christmas actually lost it’s magic for me.

I still loved the family time, the food and of course the presses, but the small piece of mystic enchantment the character of Father Christmas held for me, was gone.

Until I had kids.

Pretending to to be SC or FC or whatever the big man in the red suit’s name is, suddenly gained a heap of joy, the smiles of wonder on the kids faces, the act of leaving biscuits and milk out for him is all magical. We (used to) even leave the door of the tile fire open just a bit, so he could get inside.

Do you remember when you found out? And how do you welcome Father Christmas these days?