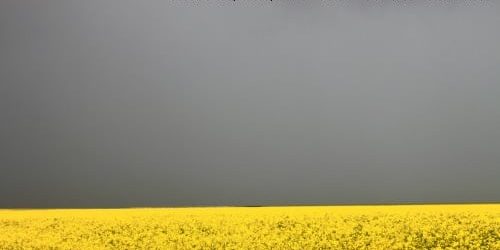 Yes, today is brought to you by the letter C!

Thought we’d mix it up a bit today, so were going back to front. That means Gemma is up first.

Gemma: C is for: Crutching

A couple of years ago I was talking to a mate in the city, and like always she was fascinated and interested as to what we were up to on the farm.  At that particular time, we were crutching ewes and she couldn’t quite get the concept of what “crutching” meant.  I tried and tried to explain, and in the end the comparison I made was to a woman getting a brazilian wax – minus the wax and minus the hair being ripped out.  So tidying up the sheep’s lady parts prior to giving birth – which is what a lot of ladies I know do before giving birth too..  I don’t know if that analogy makes sense – but she immediately understood what I meant.

What is crutching and why is it done? This article is American but explains it fairly well.  Our sheep are shorn every Sep/Oct so crutching before lambing in May is imperative.  Not only does it give the ewe a nice clean exit point for the lamb, but it decreases the risk of the lamb suckling on any nasties that may be present in her wool during it’s entry to the world.  All the afterbirth is less likely to stick when the a ewe has been crutched. 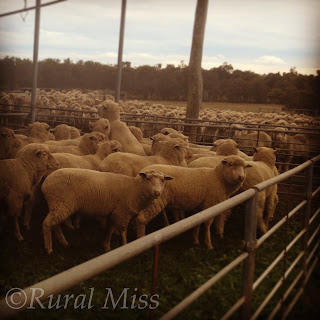 Mustered into the yards, ready for pushing up to the shed. 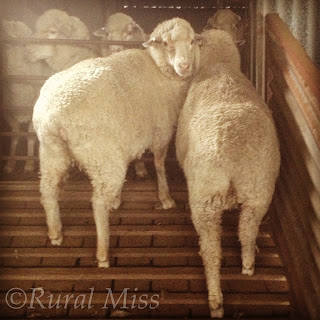 Uncrutched ewes waiting their turn to go into the shed.
These ewes in this pic are on the ramp which is the entrance for them to the shearing shed.  As you can tell by their back ends they haven’t been crutched yet.  These girls have been mulesed – which means as lambs their tails were cut off with a heat knife and 3 small sections of skin were removed.  It heals quickly and well and means 7 months after shearing, they still look respectable from behind.  If they hadn’t been mulesed, they would be quite possibly be covered in dags (combination of faeces and urine) and would have been crutched long before this.  Mulesing means crutching is much safer and easier to carry out.  As you can see by these ladies, their back ends are clean and tidy – mulesing can be thanked for that. 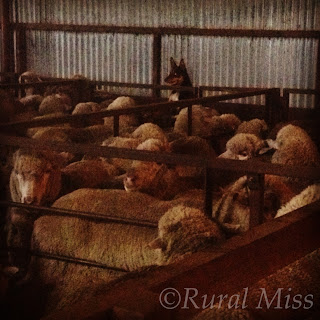 Penned up, waiting their turn. 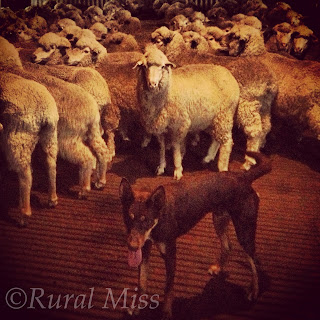 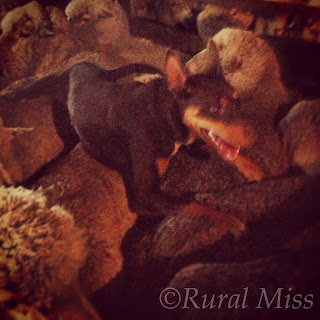 Penning up
A good dog is essential to a smooth flowing shed.  Once the sheep are penned up, time to get the plant turned on and start the day. 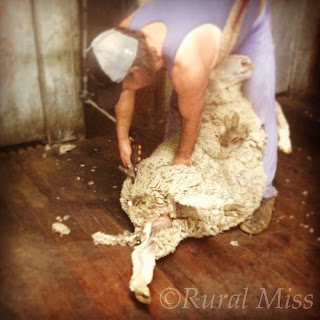 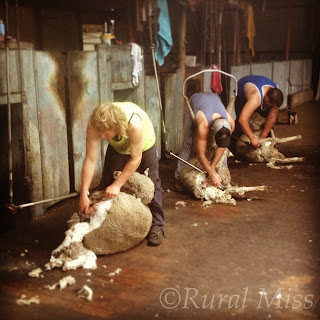 The ewes are gently pulled out onto the board, and are crutched.  All the wool around their backside is shorn off.  Their back legs also have wool taken off, and carefully around their udders.  If a teat is sliced off this is disastrous – as it means that the lamb only can drain one side, and if their are twin lambs one will inevitable die, or the two will struggle with only one teat.  This does not happen very often, but if it does, the ewe will be culled (sent to market). 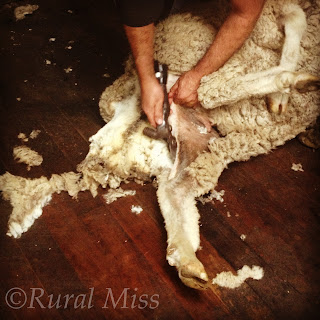 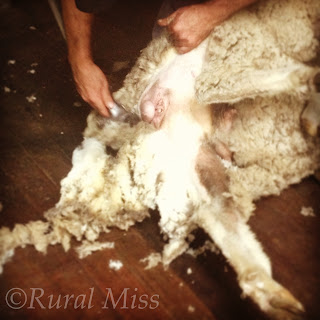 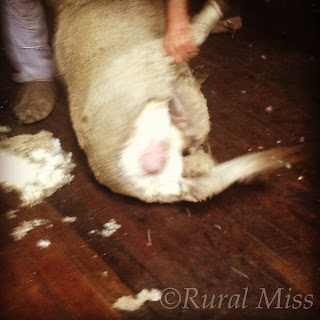 The finished product.
Once finished, they are sent down a shoot (like a big slide) that goes underneath the shed, so they can be released ready to go back to their paddock & have their lambs 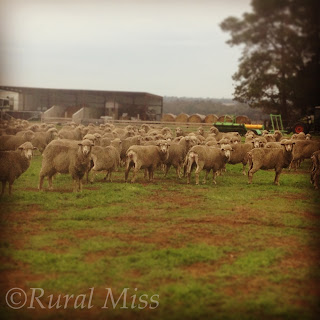 Waiting to go home.
After their mornings adventure they are little the wiser and far better off. Crutching is one of the stinkier, less pleasant jobs on the farm, but very important.

Amanda: C is for Calves

There is no more exciting time in the cattle producer’s year than calving season.  There is just SOMETHING about newborns arriving that is good for the soul.  It’s also a time of nervous anticipation to see if the matings you have set up the previous year have produced well – having sturdy, healthy, active baby calves is what it is all about. We often watch our heifers (first time mothers) closely to make sure they are okay as they labour – which means that we sometimes get to see the birth itself happen.  Our kids, too, get to witness the wonder of a new being enter the world.  (Being on a farm certainly makes sex education so much easier for parents!) Among the things we do for calves in their first few months of life is give them special vaccines to protect them against disease (much like humans get).  We also tag and brand the calves, making sure that they are ‘traceable’ for their whole lives. This marking and electronic tagging helps make Australia’s beef cattle industry the safest for consumers – we can show every single paddock that animal has ever been in and who else it has run with.

A bonus for us is that it helps us keep records for our own management too.  We will follow the calf right through its life, recording its weights as it grows, and (if it’s a cow) the matings, and which calves it has. So even though we don’t give them names, we know each of our animals pretty well – and say “Oh look, there is G23” with the same affection as if it was called ‘Bessie’ or ‘Gertrude’ or ‘Bill’!

Fleur: C is for: Canola It’s hard to believe these tiny seeds can grow into such an impressive crop. One that can stand past six foot, have fluorescent yellow flowers and be so thick, you can’t push your way through it. Canola, on our farm is known as black gold. It is the highest paying of all the crops we grow. Saying that, it’s also is with the highest inputs. High maintenance, plus! My husband will spend days on the boom spray making sure this crop is happy and healthy. If any insect or crop disease is going to attack, it will be on the canola, without fail!

When it starts to flower, it turns the landscape into a patchwork quilt of colour. Spring is full of the sounds of bees doing their work. When the ‘pods’ start to form  (pods look a little like vanilla beans and attached to the stalk and is where the seed is kept) any weather event like hail, very strong winds or heavy rain, can knock the seeds out. That means we lose the seed onto the ground and therefore reduces our yield. But if everything goes right, we’ll be harvesting in October. We ‘swath’ the canola into rows, then go back over it and pick up the seed.

Canola oil is low in saturated fat, high in Omega 3 and 6 and is the best type of oil to use!

You’ve probably heard of Canola for all of the wrong reason: the genetically modified debate. We don’t grow GM Canola but if you’d like to find out about both sides, ABC RURAL has a great piece on it here.